You are here: Home / Examples of Marketing Plans / What Is Periscope / Which Companies Have Used Periscope For Live Streaming

How Some Companies Have Used Periscope For Live Streaming

A lot of celebrities may have taken to using Periscope for live streaming but some major brands have successfully used the app for important marketing events. Here are some of the companies that have used the mobile video streaming app since its invention.

Adidas
Adidas is no doubt one of the biggest companies that deals in sports merchandise. It designs kits for many teams in different fields of sports like football, athletics and rugby. One of the most notable teams that has a partnership with Adidas is the Spanish Football giants, Real Madrid. Adidas carried out one of the most creative and unique streams when it decided to live stream the event in which James Rodriguez, the Real Madrid forward, signed a contract extension with the company. It gave the many adoring fans of the star an opportunity to witness this important event as it happened. This was a very clever marketing concept that other companies can also adopt. Imagine the number of sales generated just by this simple act.
General Electric

It’s not only the hip brands that are using periscope, even the ones considered boring, or meant for the older generation, are making use of it. The company conducted a behind the scenes interview with the renowned astrophysicist, Neil deGrasse Tyson and Bill Nye who is a scientist. Using the Periscope live streaming app, it was able to let its customers and followers view the session live. This just goes ahead to prove that even companies that are generally known to be conservative must adapt to the changing business environment and embrace new technology in order to connect more with their customers. The importance of live streaming as a marketing platform can therefore not be underestimated.
Red Bull

Always associated with the current marketing platforms, expect Red Bull to take advantage of Periscope marketing to drive its agenda. In 2015, the company live streamed some of its guest house events during the Miami Music Week using this platform. In a bid to get as many viewers as it could, it used Twitter and also SnapChat to create awareness and build some hype around the event. Social media is the new marketing frontier and they have made sure that they are not left behind. Considering that a number of its target audience are young people, it has made great strides in reaching out to them via these platforms.
Mountain Dew
This was one of the initial companies that got to market their content on social media via Periscope. They used the video live streaming app to interact with their Twitter followers and also reward them. They showcased some of their merchandise and rewarded some of the users that commented on the live stream. This was an ideal way of enhancing brand awareness through advertising, product promotion and customer engagement. In a convenient and effective way, they accomplished marketing objectives that usually take time and a lot of resources to achieve.
These companies realized how greatly they could benefit from Periscope marketing and decided to take advantage of the app to market products and interact with customers. 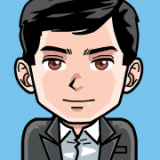 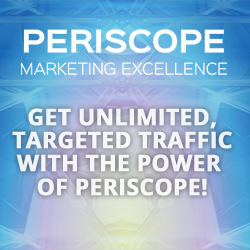